What is the Chernobyl accident ?

At the end of April 1986, a test run on reactor number 4 of the Chernobyl facility led to a hydrogen explosion which exposed the nuclear core.

The graphite moderator on fire created a thermal current, contributing to the spread of radioactive fallout over Europe.

Winds and rain drove these harmful particles to the ground.

Cesium 137 is one of the main contaminants. It has a lifespan of about 300 years. The lifespan of another discharge from the accident, plutonium 239, is about 240,000 years.

There is no international consensus on the number of victims. 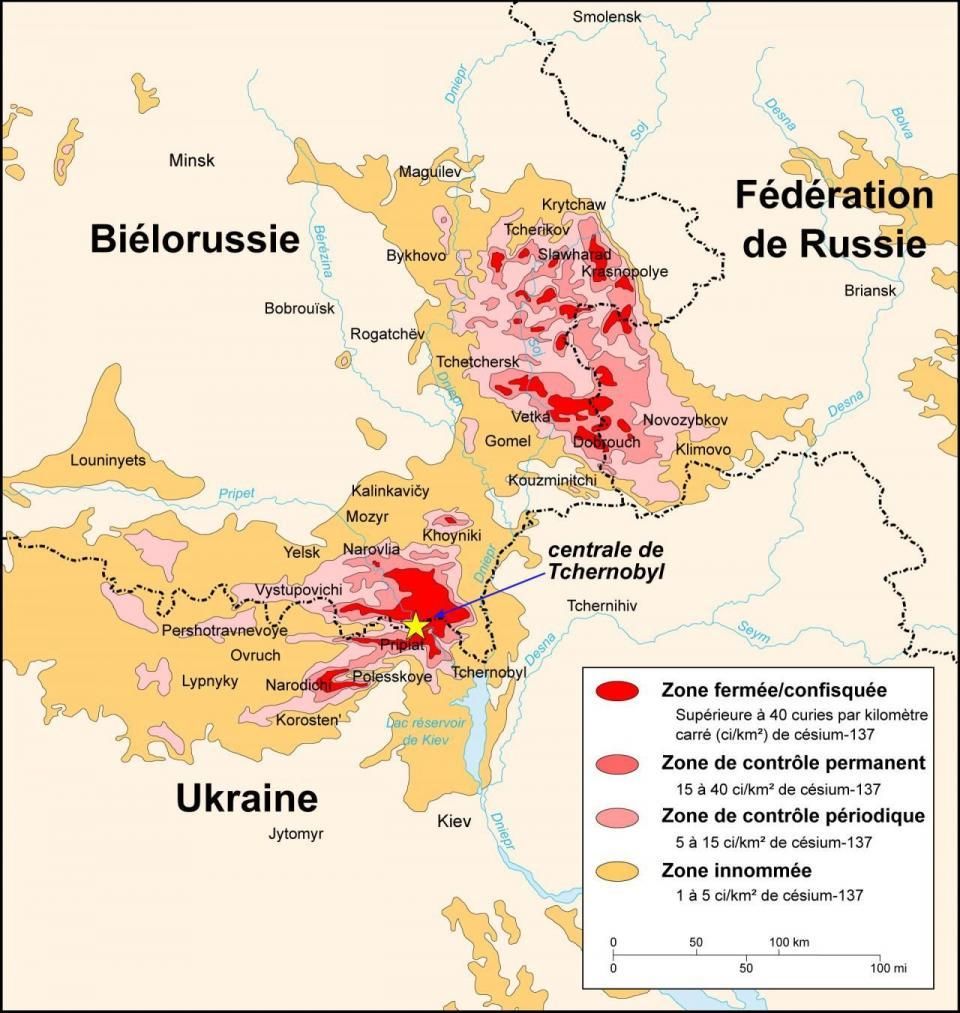 Part of this SVG version : Sting — own workBased upon the map from the CIA Handbook of International Economic Statistics (1996) trough a scan from the site of The University of Texas at Austin (in Public Domain), CC BY-SA 2.5, https://commons.wikimedia.org/w/index.php?curid=554037