Field photographer, member of Magnum Photos, Academician, Monsieur Jean first came to Volodarka in 2008 just after the last artists in residence had left . He would come back the following year and again in 2019.

In the meantime, he captured in Fukushima the headlong rush of two briefly converging temporalities, that of the atom and that of humankind.

Only high levels of radioactivity can show up on  film. Below, it all remains a hint. Gutted buildings, that do not owe it to the war. Intense vegetation tangles. Women and men wrestling with the rustic banality and the invisible underlayer - the watermark - of the accident.

Upon the outbreak of war, Jean is concerned about Olga, Pasha and our hosts up there. 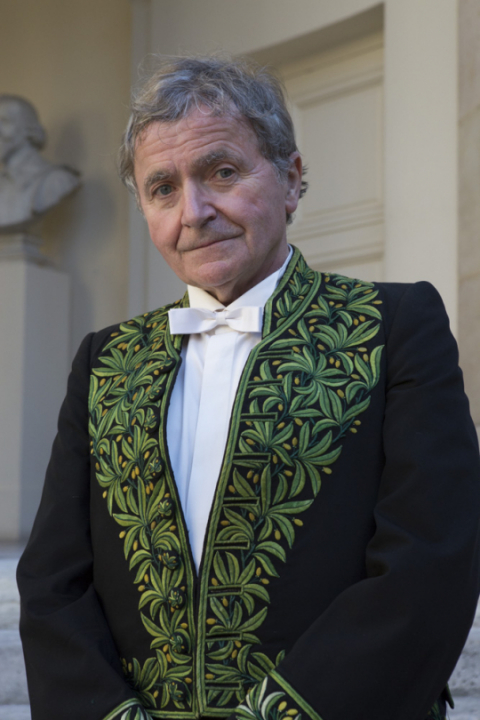 Author of comics, Emmanuel came to Volodarka in 2008. With his fellow artist Gildas Chasseboeuf, they had been entrusted by Les Dessin'acteurs with the mission to produce a book together, proceeds of which would be donated to the organization Les Enfants de Tchernobyl. This book will be "Les Fleurs de Tchernobyl".

Shaken by this weird experience, and feeding on his documentary work at the Islands of Desolation, Emmanuel drew his Springtime in Chernobyl in 2012. A book in which the beauty of the world has to deal with contamination.

Upon the outbreak of the war, Emmanuel offers to sell original plates of Un printemps à Tchernobyl.

We lived in October Revolution Street.
Every day, the children of the village would bring us armfuls of flowers. We would draw together to the sound of the harp and play hide and seek in the empty houses.
The spring was bursting and the wind would carry flower petals.
We were twenty kilometers away from the Exclusion Zone.
I had thought I’d be walking through places where death was lurking and here life was, taking hold of me.
The Russian tanks that came in through there in their attempt to take Kiev have occupied "our" village. They have retreated, leaving behind them only violence and desolation.  A land once more battered. A land we must relentlessly rebuild.
Boudmo was our call every night when we would toast, holding a glass of vodka. Unrelentingly : Here's to life 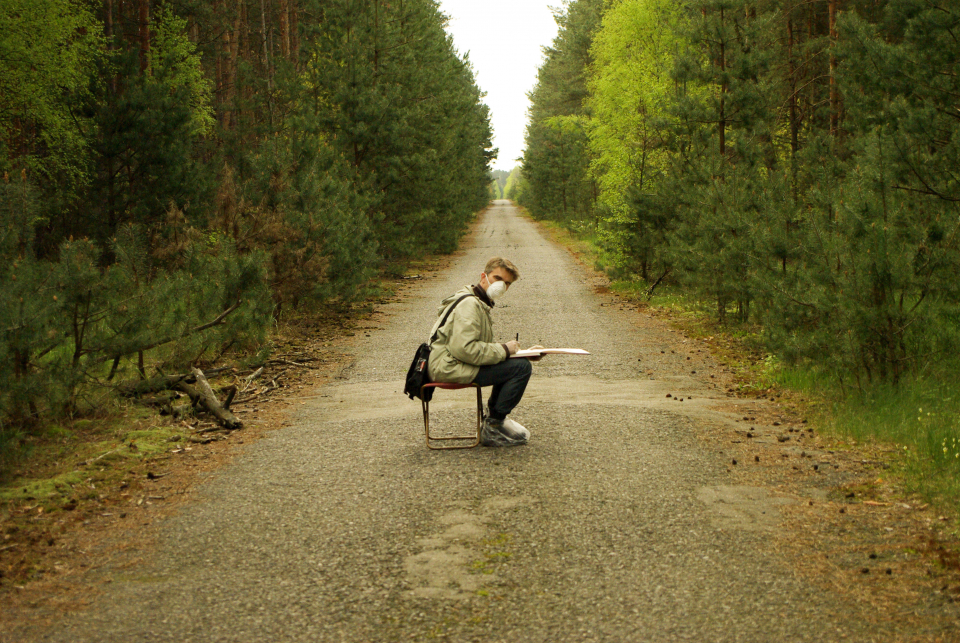